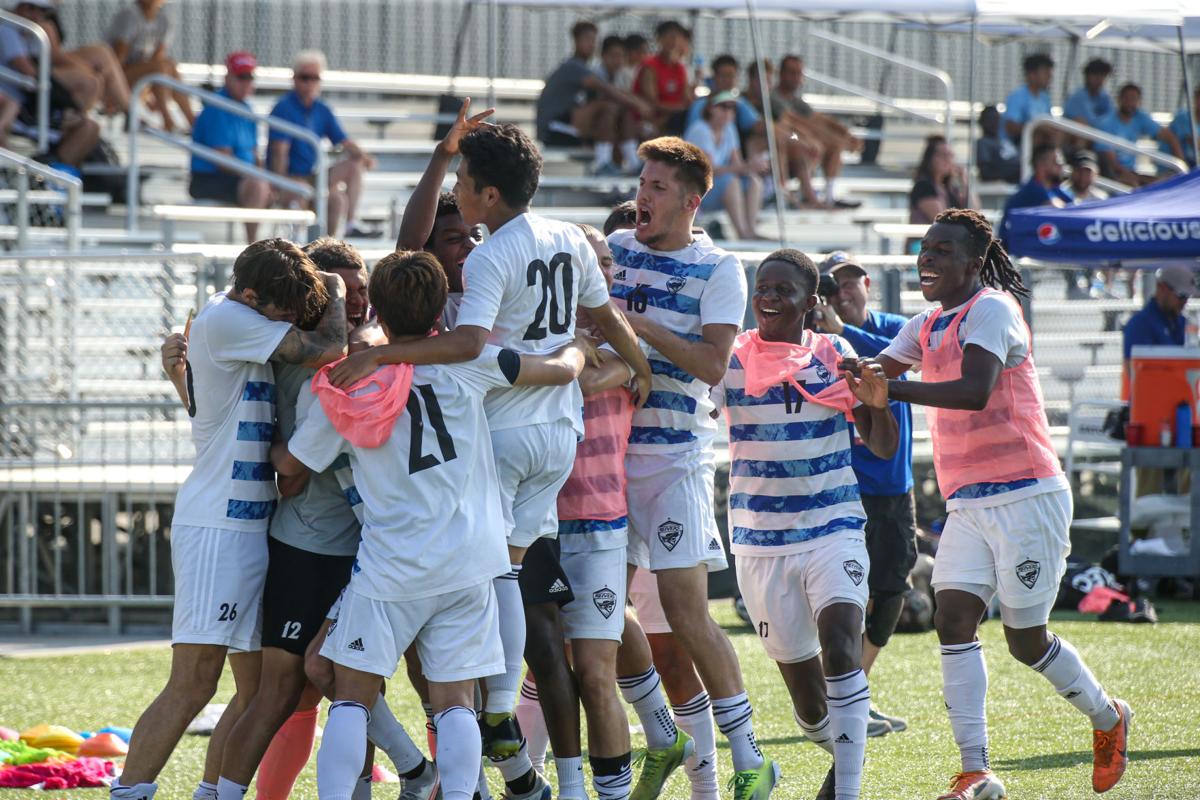 The team celebrates the second goal by Evan Southern in the second half. 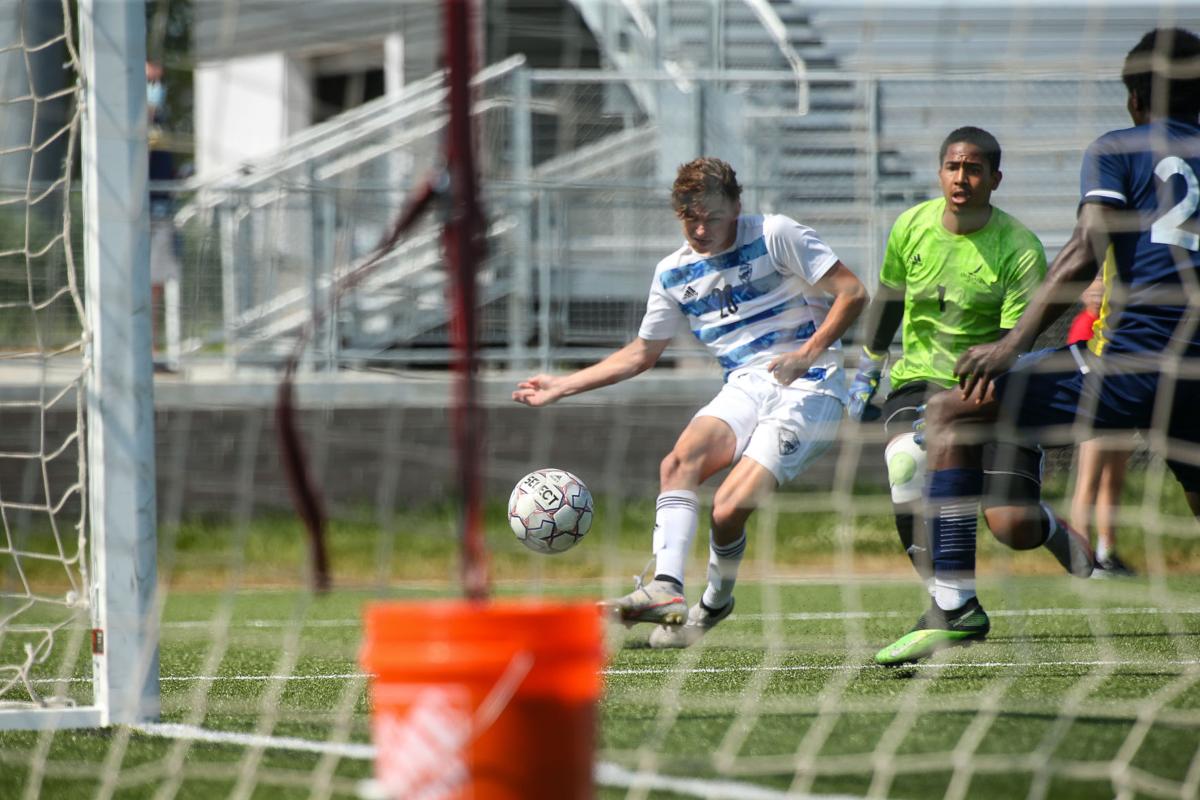 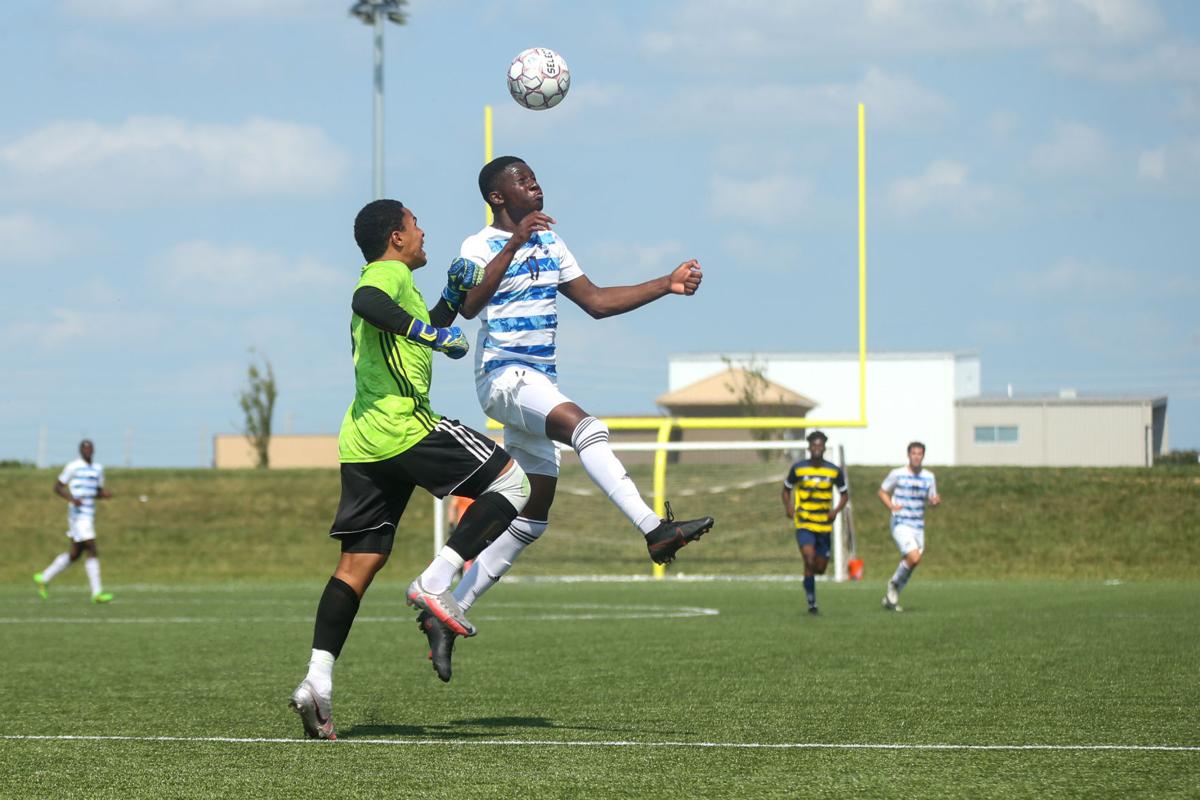 Reivers #17 Ibrahim Conde tries to win the ball against Lakers Goalkeeper #1 Taariq Ganga in the first half. 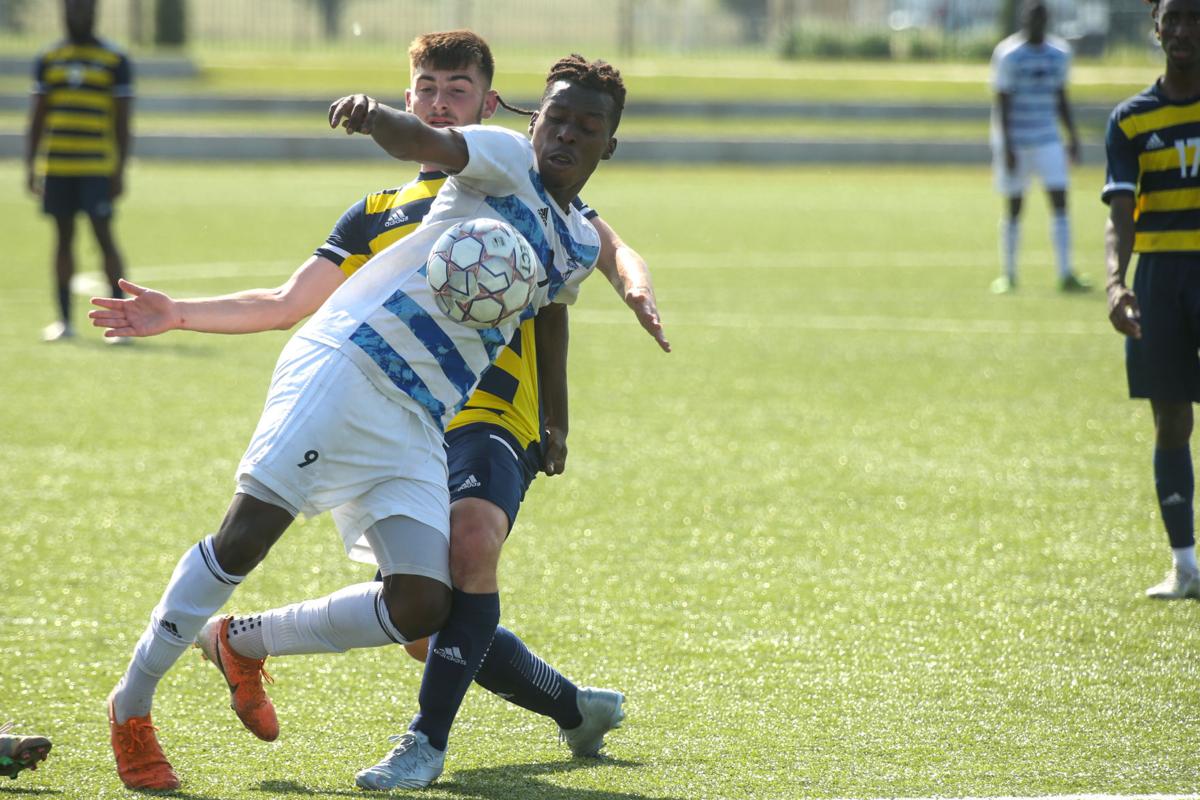 Reivers #9 Merdi Nkiliko gathers the ball in front of Lakers defender #3 Logan Roach in the second half.

IWCC won the first three games against Iowa Lakes before coming to a draw in the fourth. The Reivers won Tuesday’s game by a score of 3-0.

Iowa Western returns to the national championship for the first time since 2013 when they brought back the trophy.

“It’s awesome to get the program back to a national championship game,” head coach Mike Brown said. “Hats off to Iowa Lakes. The fact we had two Iowa teams in the national semifinals should say enough about the strength of our conference.”

Iowa Western scored the first goal five minutes into the game when Evan Southern scored after the Iowa Lakes goalkeeper came out for a ball and pressed Southern, but Southern slide the ball into the bottom corner for the 1-0 lead.

The one-goal lead lasted until the 74th minute when Southern scored his scored goal of the game. He got behind the backline and diced up the center back and slid the ball into the bottom left corner again.

The final goal came in the 81st minute off a free kick when Merdi Nkiliko was fouled. Diego Quintana hit a ball to the front post and Ibrahim came across and headed the ball into the back of the net.

“Just who we are is the key,” Brown said. “We’re a pressing team. We kill teams in transition. We do a lot of things very strong off set pieces offensively. Those areas, we did a really good job in. We got three goals off those things. I think for me, I’m really proud of the boys.”

Brown pointed to Nkiliko, Joel Quashie, Moise Bombito, Giorgio Probo as just a few of the players that played a big role.

“As a team, everyone did their job today,” he said. “The team was great.”

Iowa Western will play at 7 p.m. tonight for a shot at the national championship. The other semifinal had yet to conclude at the time of print.

Look to the Chargers and Seahawks to make the playoffs

Avoca — For the first time in over a decade, the AHSTW Lady Vikes have swept the regular-season games against Treynor after winning Tuesday’s …

The No. 1 ranked team in Class 4A took advantage of four unearned runs to pull away and put away Class 4A No. 10 Lewis Central 7-0, handing th…

Omaha, home to the College World Series, will soon be home to the entire state high school baseball tournament.

Class 1A No. 6 St. Albert baseball won its sixth straight game on Wednesday, defeating Fremont-Mills 19-0 on the road. The Falcons threw a com…

St. Albert softball battled with 3A No. 7 Atlantic for nearly six innings on the road on Tuesday but gave up five runs in the bottom of the si…

Abraham Lincoln softball needed nine innings in Thursday's road game at Thomas Jefferson, but its patience paid off with a 7-2 victory.

The team celebrates the second goal by Evan Southern in the second half.

Reivers #17 Ibrahim Conde tries to win the ball against Lakers Goalkeeper #1 Taariq Ganga in the first half.

Reivers #9 Merdi Nkiliko gathers the ball in front of Lakers defender #3 Logan Roach in the second half.