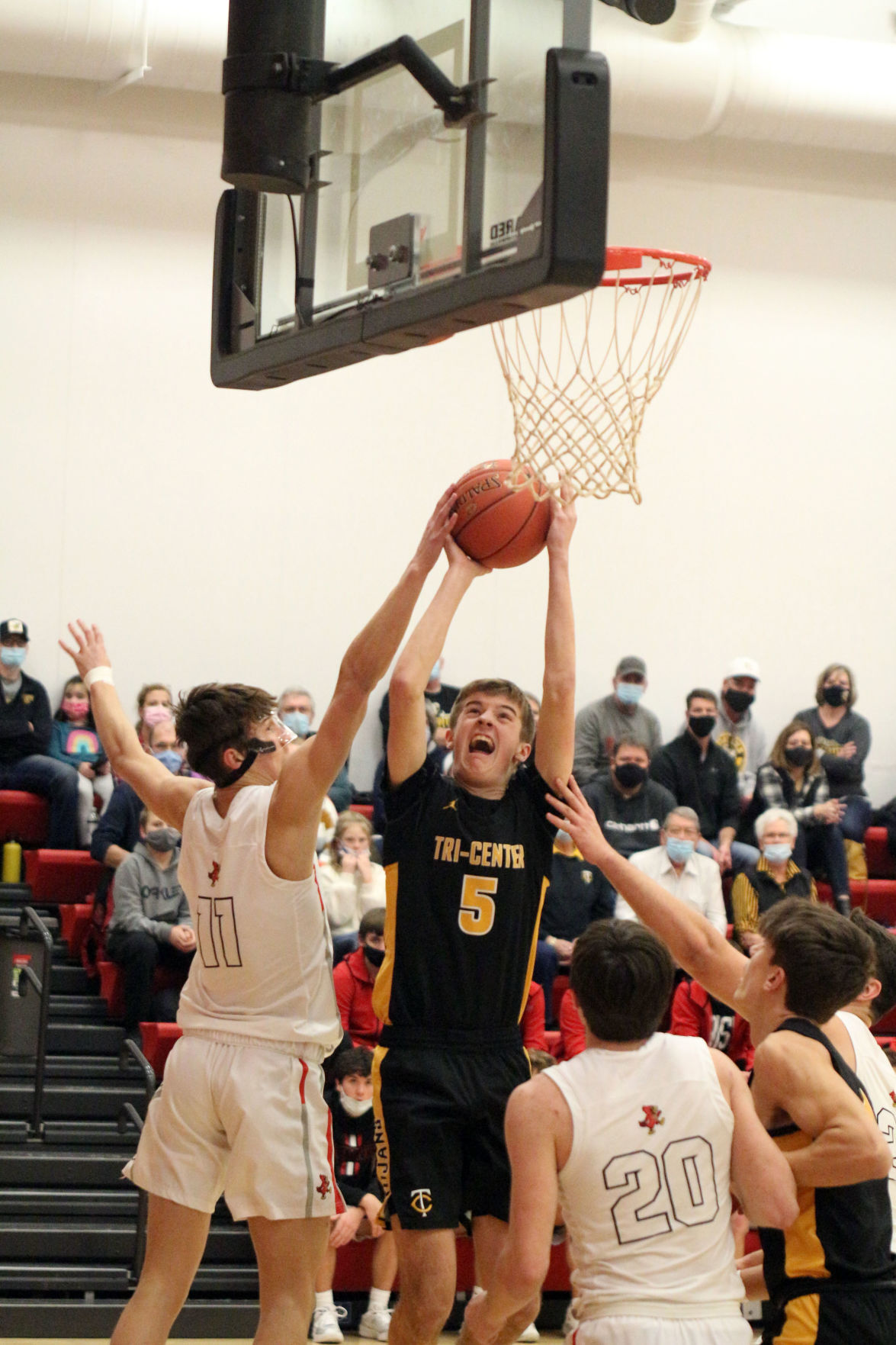 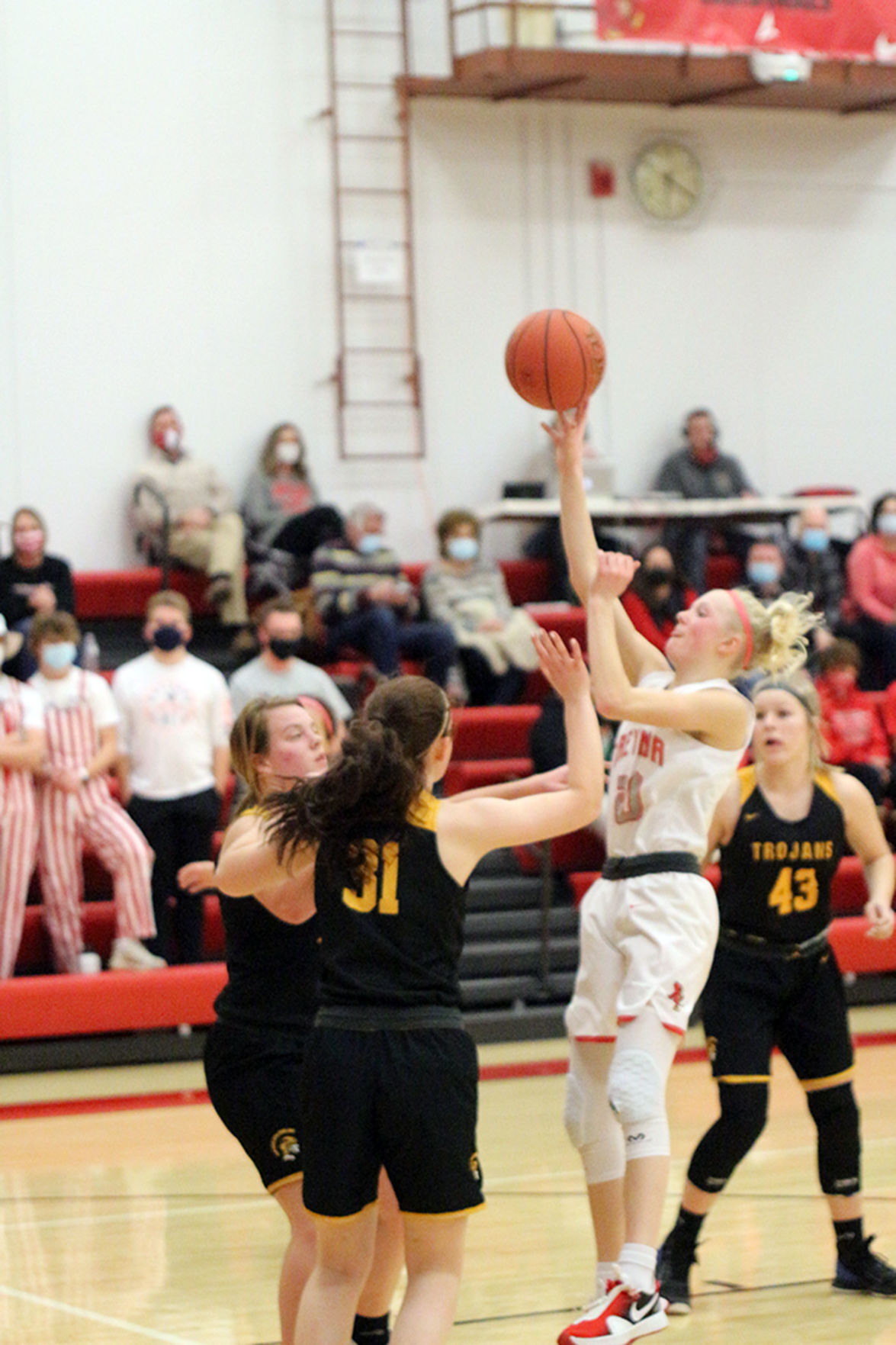 The Cardinals came out red hot, sinking four first quarter threes to grab the early lead after one quarter. But, the Trojans defense tightened up and overtook the Cardinal in the final two minutes of the first half to take their first lead of the game 31-28.

The Trojans would boost their lead up to as big as 10 points midway through the third quarter. Treynor was not about to go down without a fight. The Cardinals fought back to make it a three point ball game by the end of the third quarter and after slugging it out throughout the fourth quarter, Treynor senior Tim Zimmerman tied the game with a lay-up in the dying last seconds of regulation to force overtime.

Back and forth they went again as the lead changed three times in overtime. Treynor floated in a layup with four seconds to spare in OT to take a two point lead. However, Tri-Center senior Leyton Nelson caught a pass from Jaxon Johnson, sunk a 3 as the buzzer sounded to top Treynor and avenge their defeat from Jan. 5 in Neola.

With 5:40 to go in the fourth quarter Wednesday night, and leading 35-25, the Underwood Eagles looked like they were going to avenge two losse…

No. 1 Glenwood gets postseason revenge in win against LC

The Class 4-A No. 1 Glenwood girls basketball team ended Lewis Central’s season on Saturday night with a 73-40 Region 1 semifinal win in Glenwood.

An advocate with the Commission for the Deaf and Hard of Hearing says Paul Ruff has an actionable complaint after his loss at the NSAA state wrestling tournament.

The St. Albert Falcons showed once again this postseason how the Hawkeye Ten prepares them for deep runs in the postseason. The Falcons are ba…

Kingley-Pierson is headed to Des Moines after regional championship win over St. Albert

With 5:40 to go in the fourth quarter Wednesday night, and leading 35-25, the Underwood Eagles looked like they were going to avenge two losse…

GLENWOOD — In a battle of two Hawkeye Ten rivals, Atlantic took the third and final meeting of the season over Glenwood after falling to the R…