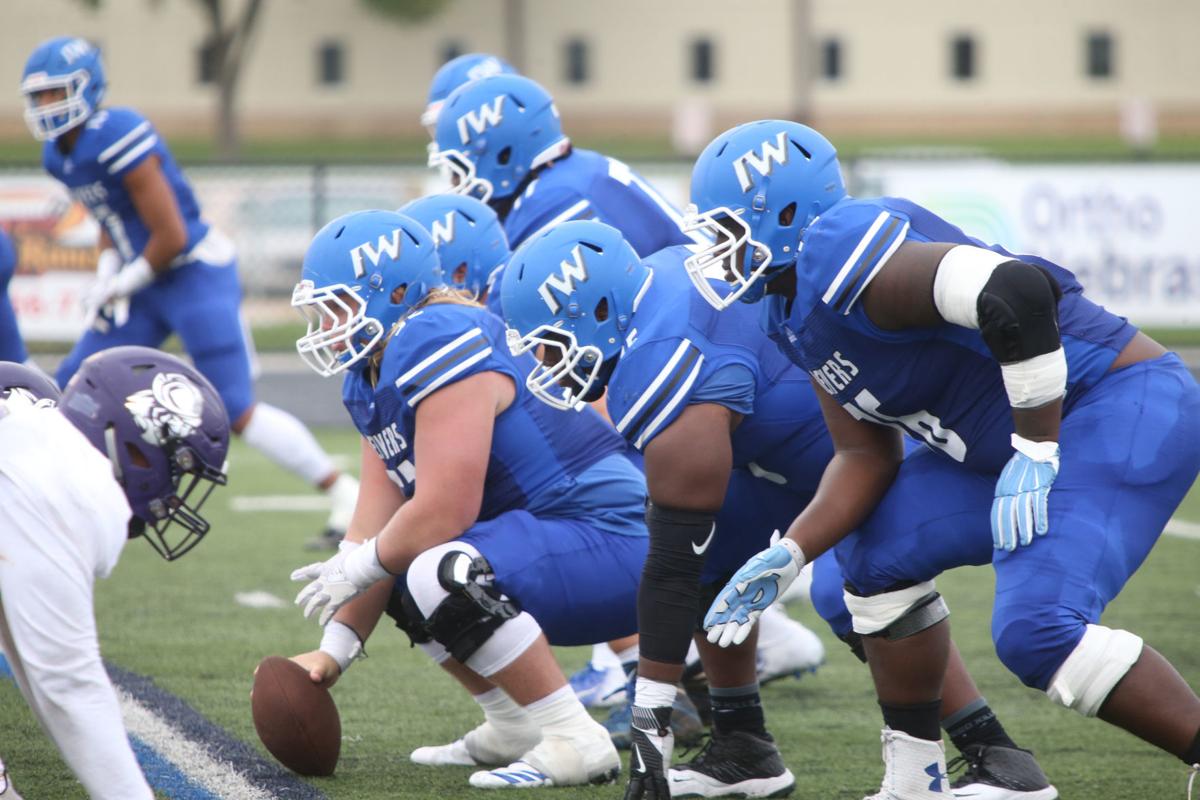 Iowa Western’s Josh Wegener moved to center after playing on the defensive line his freshman year at IWCC. The nation’s top junior-college center according to JCGridiron.com will walk on at Nebraska. 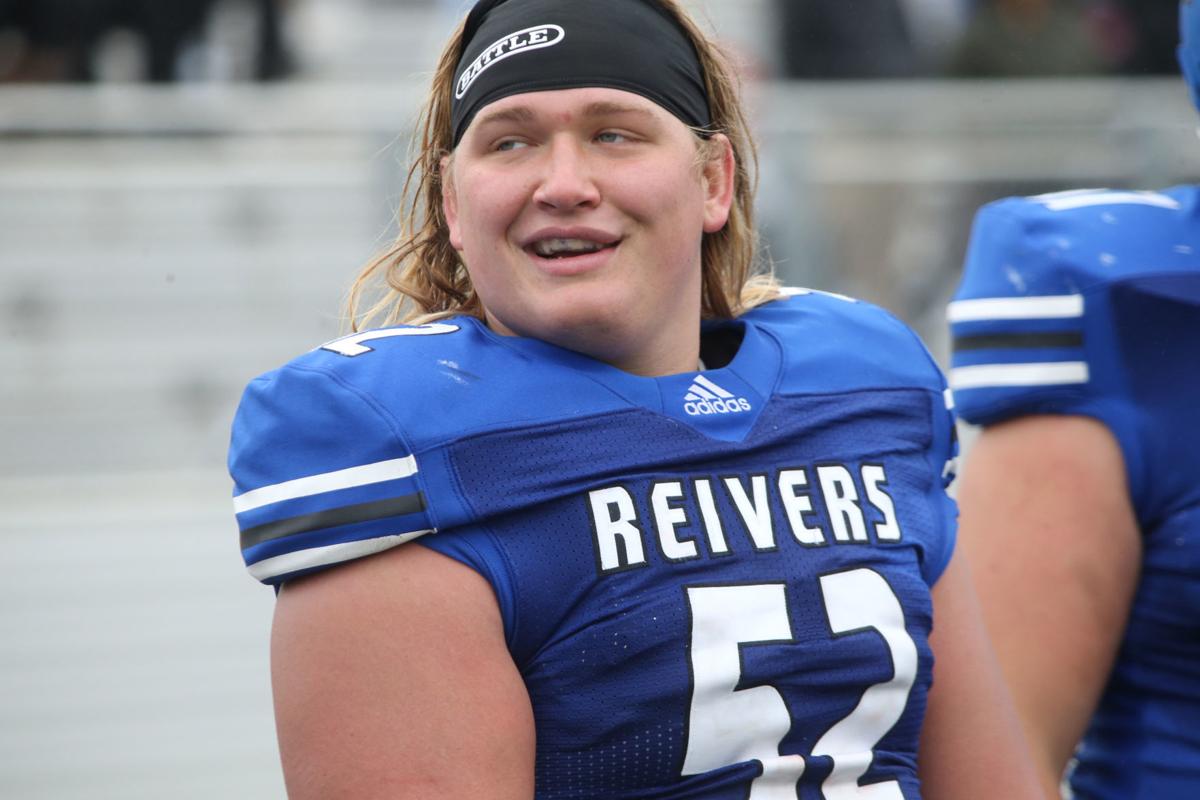 Iowa Western’s Josh Wegener was named the nation’s top junior college center by JCGridiron.com. He will walk on at Nebraska 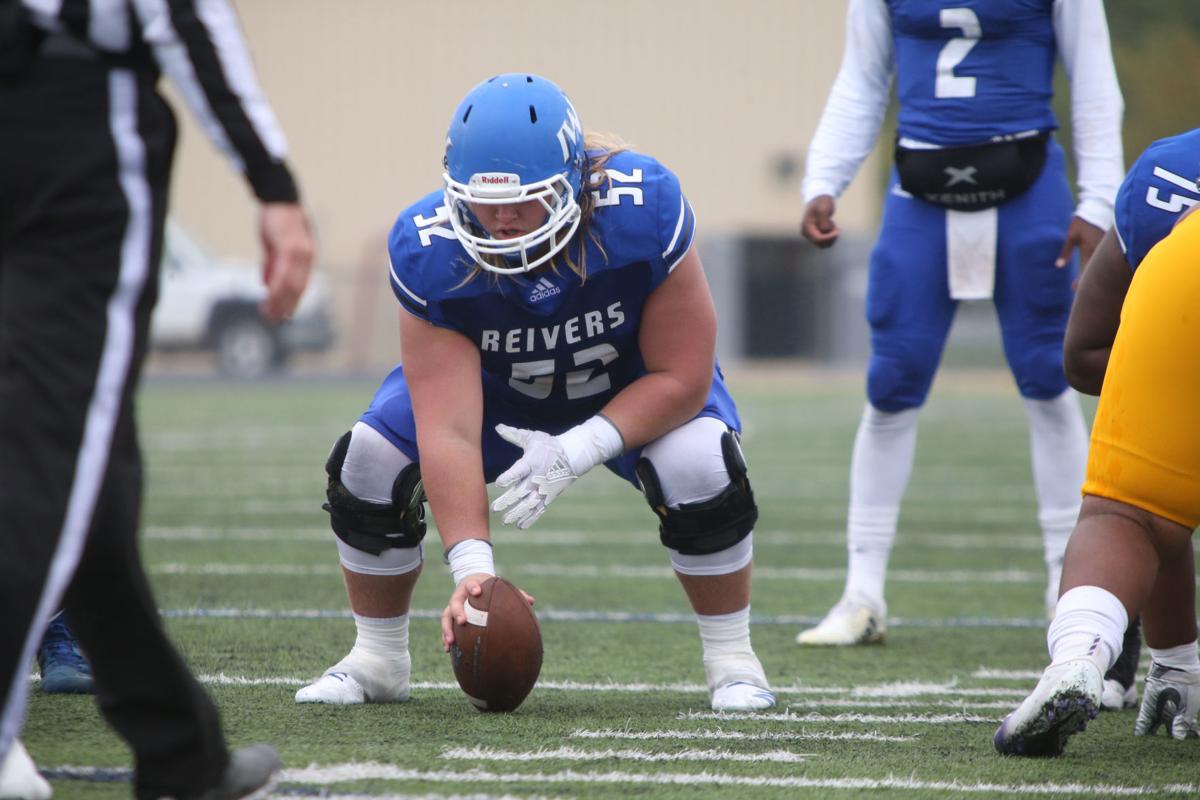 Josh Wegener of Iowa Western is currently rehabilitating his injured foot. He plans to move to Lincoln this spring and participate in summer workouts and fall camp. 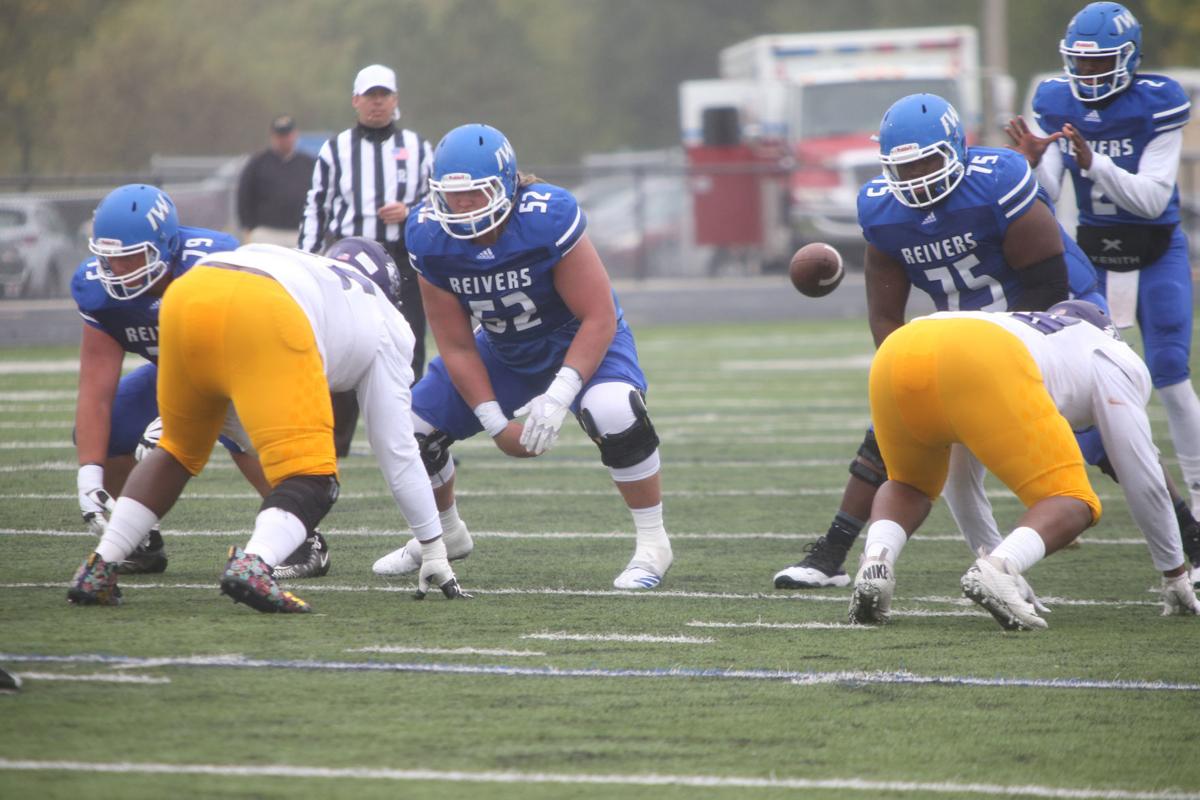 Josh Wegener (52) graduated from Iowa Western with a straight-A average. "He's a great example of setting a high goal and not settling," said his prep coach at Algona, Andy Jacobson.


For two reasons, Josh Wegener’s decision to walk on to the Nebraska football team carries more intrigue than most.

First, the Iowa Western standout was named the No. 1 junior-college center in the nation by JCGridiron.com. Additionally, the Huskers through the years have avoided Reiver players like the plague. (The only other one to land in Lincoln is reserve offensive lineman Brian Perez, who spent 2017 in Council Bluffs as a reserve tight end.)

“From our standpoint, there isn’t a better player that we’d like to send down that way for that staff to evaluate,’’ said Donnie Woods, Iowa Western’s offensive coordinator and offensive-line coach. “Josh has the mentality of a guy that’s going to come in and put the work in, regardless if he’s the No. 300 center in the country or the No. 1 center in the country. That is what sets Josh apart.’’

Wegener came to Iowa Western in 2017 as a highly touted defensive tackle, a “must-get’’ from the north-central part of the state, Woods said. In a program that’s finished in the top three nationally six of the past seven years, he upheld those credentials, earning his way into the rotation for head coach Scott Strohmeier in his first season before tearing the ACL and meniscus in his knee in the fifth game.

Woods, a highly respected line coach in the JUCO ranks, then broached the drastic notion of moving to the other side of the ball.

“What I saw in him was a kid who I thought could direct our offense up front,’’ he said. “He’s super smart, and I need that guy at the center. Our centers have to be able to identify Mikes (middle linebackers), set the blocking schemes. All those little things that you need to play offensive line, Josh has. So when he made the switch, it was kind of a home run for us and for him.’’

Wegener said he initially was skeptical about the move. He eventually warmed to it. He earned first-team all-conference honors despite going down in the ninth game with a lisfranc injury in his foot, a torn ligament between his first and second metatarsals.

At the time of the injury Wegener held several FCS offers, and FBS teams were entering the mix. But those FBS schools started to lose interest.

“Not many schools are looking for a mid-year injured guy to come in and not really play spring ball,’’ he said.

The 20-year-old graduated from Iowa Western with a 4.0 grade-point average, making him eligible for academic scholarships. That reduced the stress of seeking only a full ride, and he looked seriously at Nebraska and Iowa State. Wegener decided on the Huskers, believing his skills fit well in their spread offense.

“As I went through the film, I couldn’t find one guy that was able to do the stuff that Josh was able to do,’’ he said. “So when it came out that he was the No. 1 center in the country, it wasn’t a shock to us. He’s bought into the development side of it. When a guy starts playing with the technique you’re asking him to play with, and he has all the intangibles, the sky is the limit.’’

“He’s a great example of setting a high goal and not settling,’’ he said. “Nebraska’s going to get a guy that is going to come in and work his tail off.’’

Wegener currently is rehabbing his foot in his hometown. He’ll head to Lincoln late this spring and join the team for summer workouts before enrolling in the fall.

If those in the Nebraska program are going to form opinions on Iowa Western based on his actions, he’s fine with that.

“There’s some pressure there, but I’m not too worried about it. I think who I am and what I believe in matches well with Iowa Western’s philosophy and with Nebraska’s philosophy. Stay out of trouble and work hard. There’s not much more you can ask for, you know?’’

Woods isn’t a prognosticator, but if Wegener’s play leads to more Reivers joining the Nebraska program, he won’t be surprised.

“I’m not going to sit here and say that Josh Wegener’s going to be a 12-game starter for Nebraska,’’ he said, “but somehow, some way Josh will impact Nebraska football, and I know it’s going to be in a positive manner and we’ll be proud of however it all shakes out.

“They’ll understand how Scott (Strohmeier) runs the program, and that they need to take a few more guys of ours.’’

MLB lockout: What you need to know

Heading to the ship! Reivers hang on to beat Badgers

Titans battle but fall to No. 6 Crusaders

Lewis Central girls basketball had a chance to beat Class 4A No. 6 Sioux City Bishop Heelan at the buzzer in Tuesday’s road game, but fell jus…

The four-year starting quarterback and only three-time captain in school history is entering his name into the NCAA’s transfer portal.

After a state tournament appearance in a crazy 2020 season, the Abraham Lincoln boys basketball team is ready to begin another season, which t…

Mickey Joseph, a Husker quarterback in the late ‘80s and early ‘90s who's spent the last five years on LSU's staff, is finalizing a deal to become Nebraska's new wide receivers coach.

Iowa Western’s Josh Wegener moved to center after playing on the defensive line his freshman year at IWCC. The nation’s top junior-college center according to JCGridiron.com will walk on at Nebraska.

Iowa Western’s Josh Wegener was named the nation’s top junior college center by JCGridiron.com. He will walk on at Nebraska

Josh Wegener of Iowa Western is currently rehabilitating his injured foot. He plans to move to Lincoln this spring and participate in summer workouts and fall camp.

Josh Wegener (52) graduated from Iowa Western with a straight-A average. "He's a great example of setting a high goal and not settling," said his prep coach at Algona, Andy Jacobson.