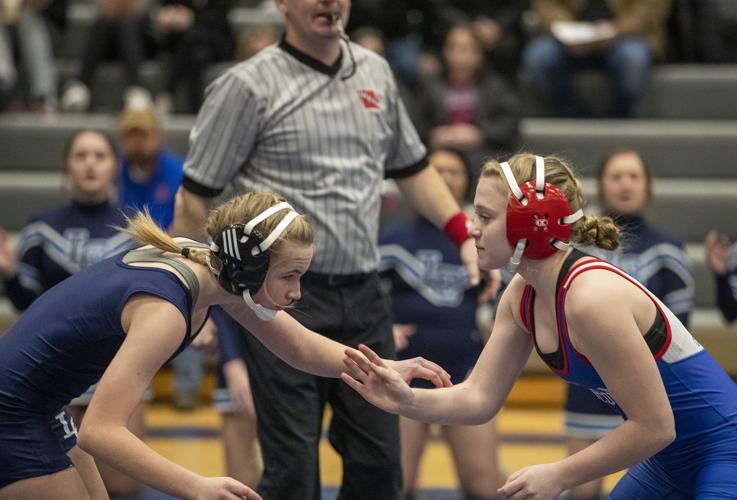 LC's Ava McNeal (left returns as one of the Titan's three state medalists from last season. 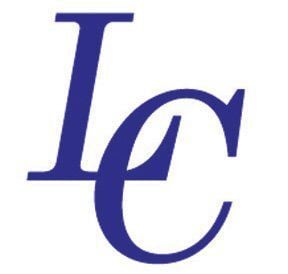 “We are a young team this year,” Titans coach August Manz said. “A lot of guys that will be new to our varsity line up. This is a team that will need to learn fast and take the growing pains of Iowa high school wrestling season in stride.

“Our girls have some really good experience and they have been putting a lot of time in the off-season to have a very good season. We are looking forward to seeing the hard work pay off for our girls this season.”

Last year the boy’s team had a more experienced group and saw two individuals earn a trip to the state tournament in Des Moines. This year Manz is eager to see what the young ones learned from last season’s group.

“Last year we had a good core group of seniors that spent a lot of time on the mats,” Manz said. “We hope that experience transfers over to this younger group of multi-sport athletes that we have on the team. I think our expectations are always the same, it’s just making sure we take the right route to get this year’s wrestlers there.”

The girl’s team had their fair share of success last season as well, with three girls placing at state last season. Manz and the girls team look to improve off of last year’s success and keep the girls wrestling program trending up.

“The girls had three state place winners last year and they are all hungry to do better this year,” Manz said. “All three put a lot of time in the off-season to improve their skill set. They also have two new teammates that have been putting the time in to be successful at the high school level. The girls really want to make another statement at the state level this year.”

While some of the new faces on the boys side may be new to varsity action on the wrestling team, a few have already shown they can compete at a high level at other sports, thus giving a reason for optimism for Manz.

“Our upper weights are a lot of the school’s state championship football players,” Manz said. “They have had a taste of being the best and they bring that mentality into the room. Not every school can say that the leadership is led by state championship athletes. They put the time in the weight room, on the football field, on the track, they know how to compete.”

Lewis Central’s first meet is scheduled for Dec. 4 at the Dallas Center-Grimes tournament which starts at 10 a.m.

History made by all at inaugural state tourney, Riverside's Allen a state champion

In the inaugural IGHSAU-sanctioned state championships, a Titan and Bulldog reached Friday’s finals representing their schools as history was …

LC's Ava McNeal (left returns as one of the Titan's three state medalists from last season.