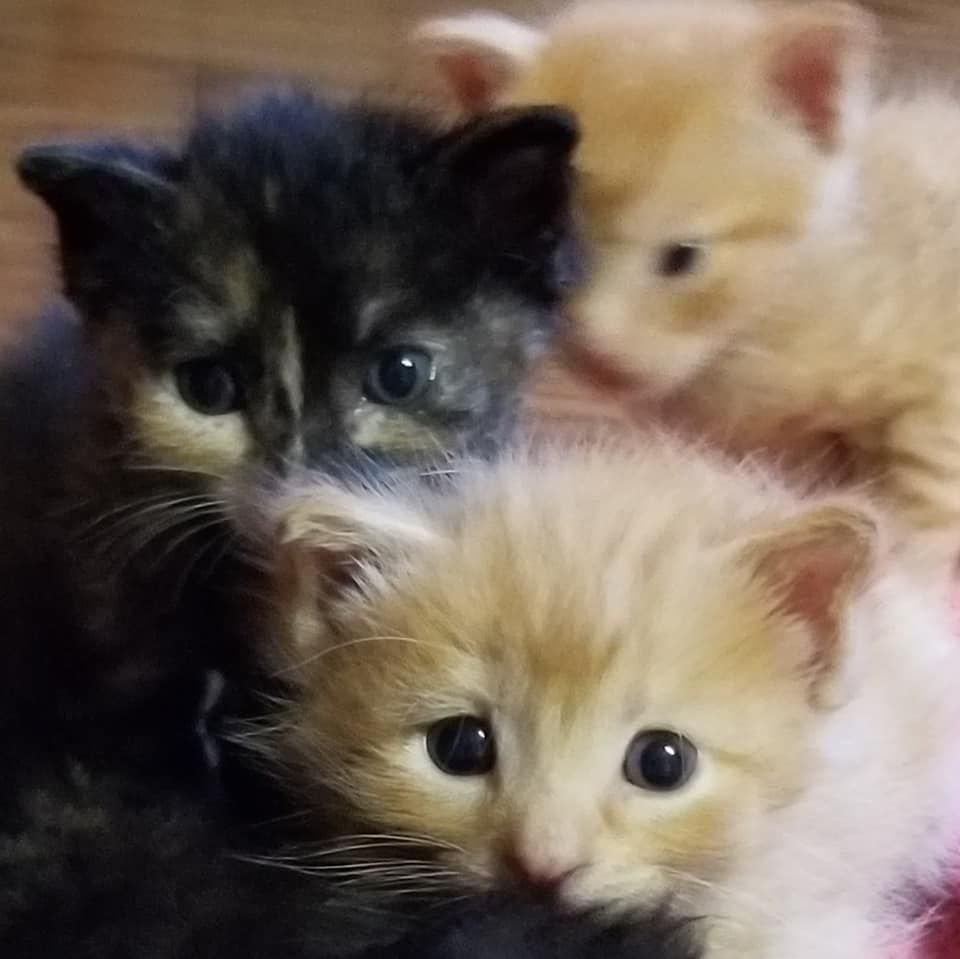 Three of the four kittens rescued at only a day old. 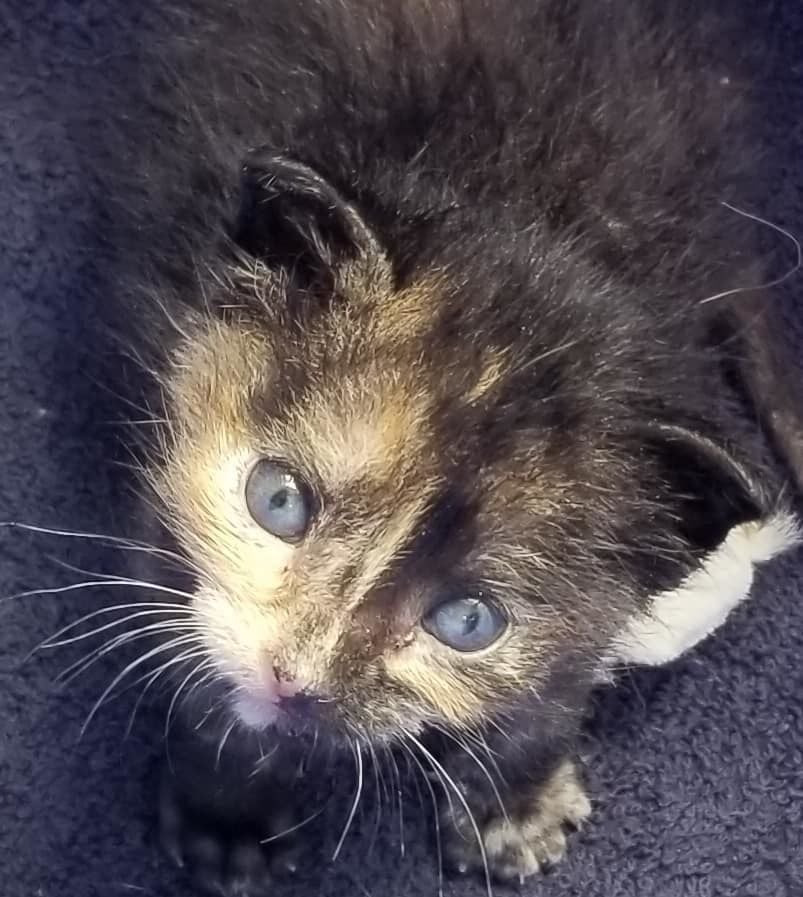 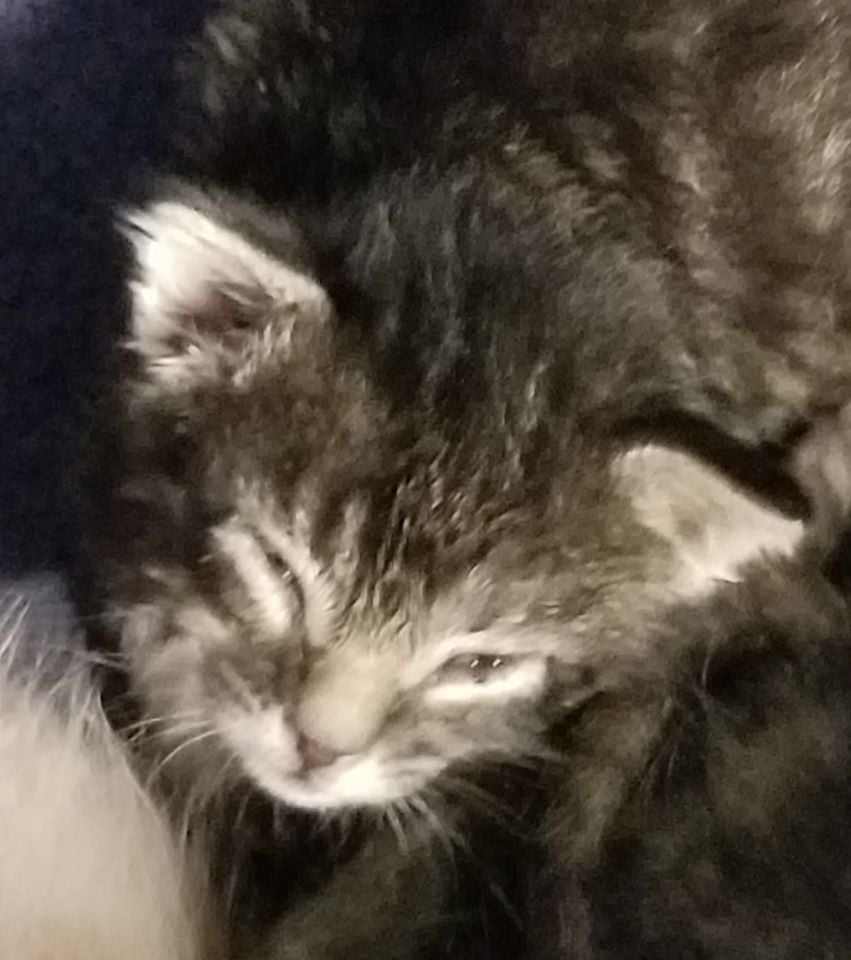 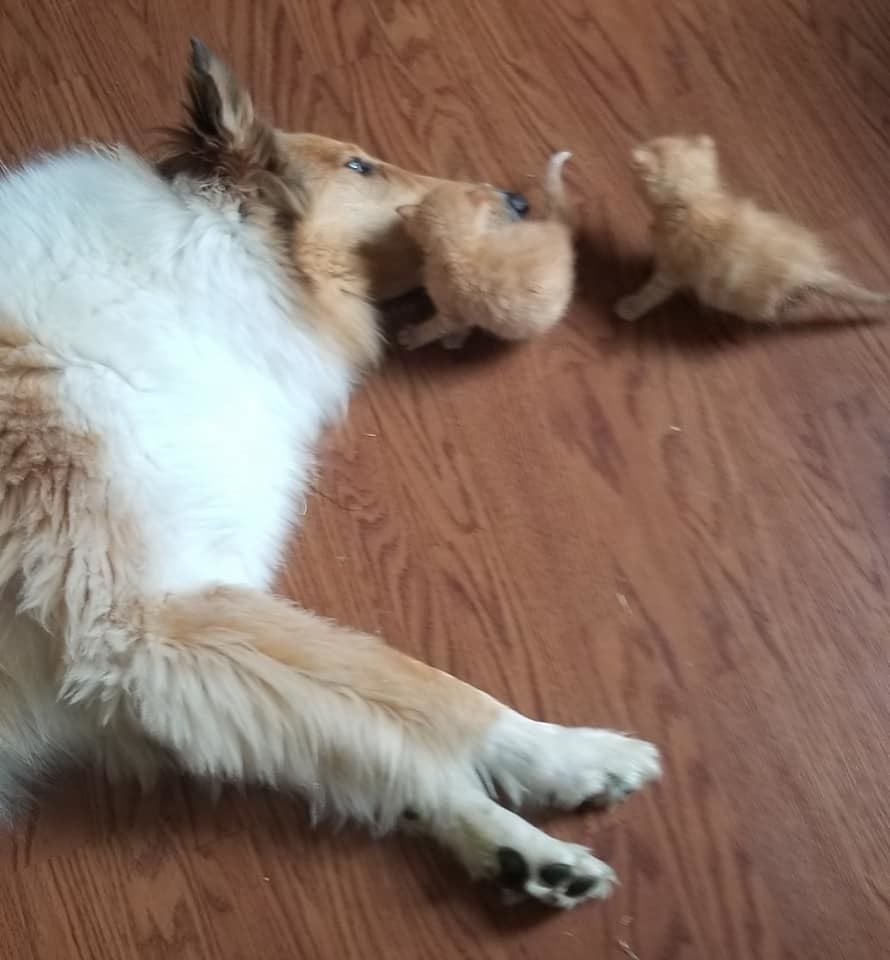 Kittens that were rescued when they were only a day old, play with the dog in their foster home.

This week SOLAS is featuring four very, very tiny baby kittens. These adorable babies still have a lot of growing to do before they will be available for adoption.

Their story started about three weeks ago when SOLAS was contacted by a dog rescue group regarding four abandoned newborn baby kittens. SOLAS, of course, agreed to take them into our rescue.

When we received the kittens, we discovered that they still had wet attached umbilical cords. This put the kittens at about one day old!

One of our amazing foster mom’s agreed to take them and bottle nurse and raise them.

Anyone who has raised “bottle babies” knows not only how exhausting and difficult this is — but the chances of survival for one day old babies without a nursing mother is very slim.

Against all odds — all four kittens have not only survived but thrived. Three of them now weigh over a pound and the smallest is catching up. These little darlings have also learned to run, play and groom themselves they are working on eating solid food and litter box training.

It hasn’t been an easy road — especially for the smallest girl who was named “Baby Bean.”

At one point our foster mom was getting up every hour to feed her — plus she was also getting extra fluid support one to two times a day. Not to mention various medications, vitamins and supplements.

Our Bean beat the odds. She’s now on her way to grow as big as her brothers and sisters.

All four kittens are living with the foster mom’s resident cat and dog.

As you can see by the photos, the dog loves the kittens and Visa/Versa.

Three of the four kittens rescued at only a day old.

Kittens that were rescued when they were only a day old, play with the dog in their foster home.