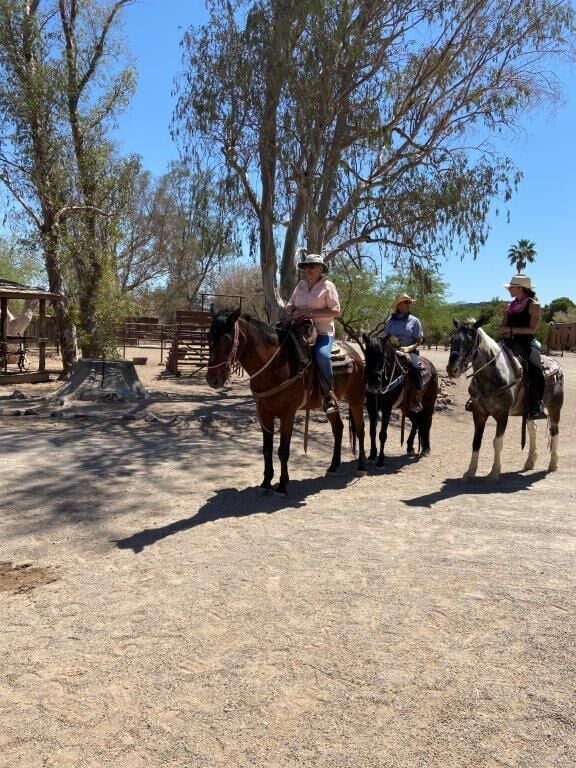 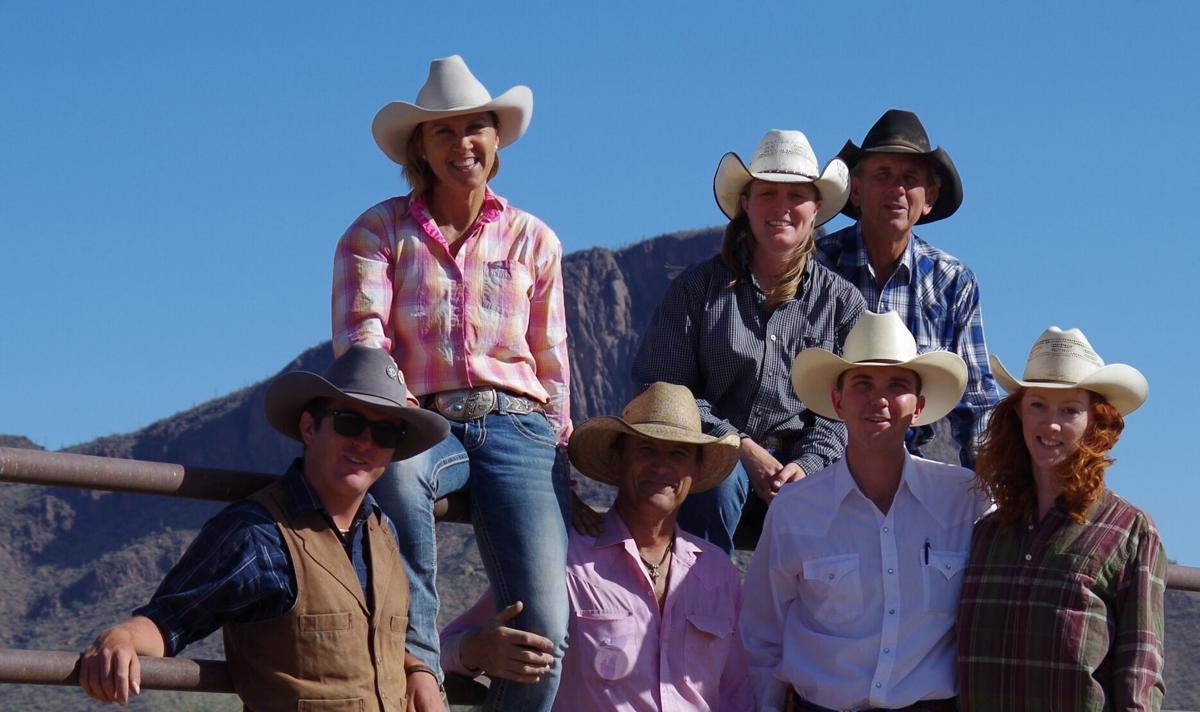 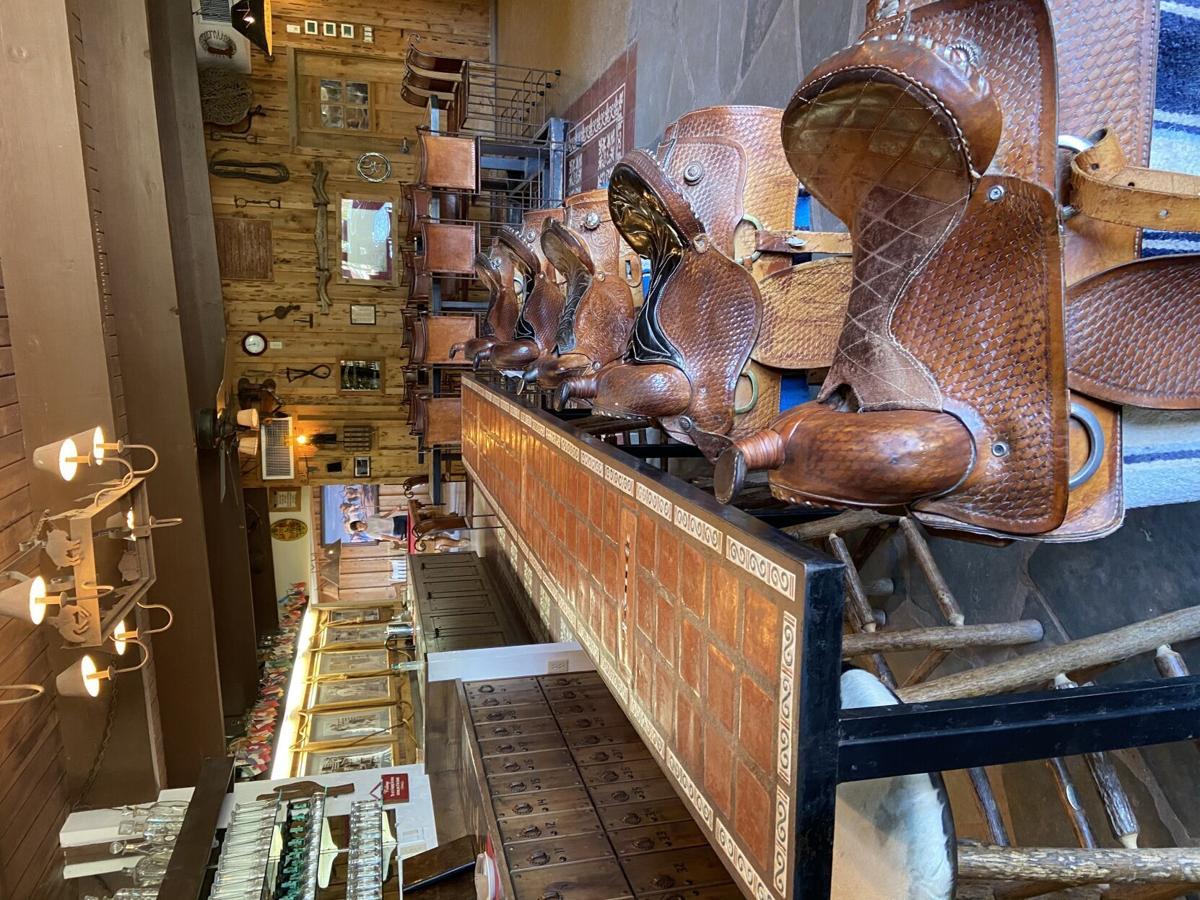 bar in the main lobby of White Stallion Ranch. 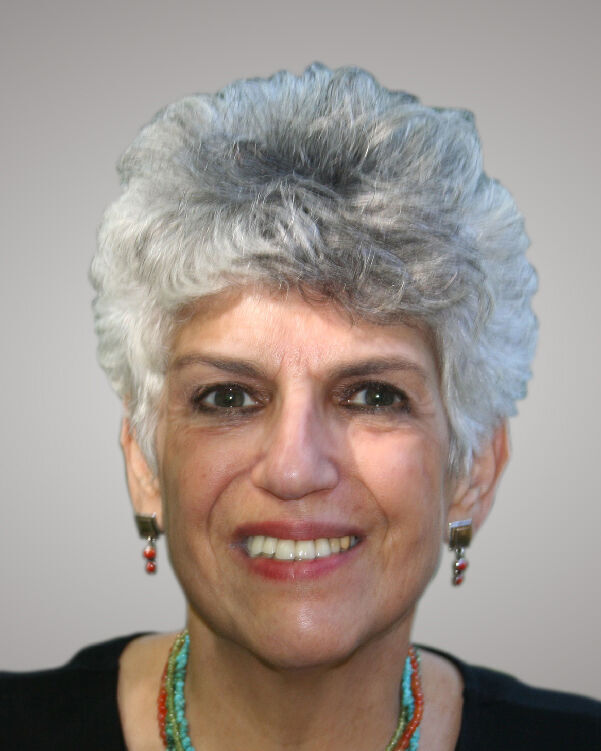 The Mattsons were supposed to be in Alaska. Instead, the Kansas family were exploring the Southwest for the first time, riding horses, rock climbing and, honing their archery skills at White Stallion Ranch outside Tucson, and despite temperatures in the 90s, they couldn’t be happier.

“We love horses,” explained Arabella Mattson, 10. Both she and her younger sister, Becca, 8, were sporting T-shirts with sparkly horses, cowboy hats and boots.

Their parents, Richelle and Aaron Mattson, both Wichita, Kansas, first-responders, were just glad for the respite after a year that had them juggling constantly changing schedules and home-schooling. “There were weeks we didn’t see each other,” said Aaron Mattson.

As soon as they got a full refund for their canceled Alaska cruise and saw the pictures their travel agent had posted of the fun she was having with her granddaughter at the ranch, Richelle Mattson told her, “Get us there!”

Russell True, who runs the ranch and two others with his wife Laura, brother Steven and his wife Alice, and his son Michael and his wife Kristin, jokes that his mom Cynthia thought her husband was crazy when he announced in 1965 that he was done with his job and Denver and wanted to buy a ranch in Arizona, moving his wife, 5-year-old Russell and soon-to-arrive baby to a place where they knew no one. The saving grace: The surrounding views of the Sonoran Desert and the mountains.

So, he built a house with huge windows,True said—the house where he now lives with his wife Laura and three-year-old daughter. Over the years, the historic ranch — the first building was built in the early years of the 20th century – has expanded to 43 casitas (a maximum of 120 guests) and one five-bedroom house on 3,000 acres adjoining Saguaro National Park where guests can ride. There are so many kinds of beautifully landscaped cactus right around the main lodge that one day, we were treated to an Edible Desert Tour by Diego Dunn whose company makes products like prickly pear cactus syrup, great in margaritas and lemonade, he tells us. “As long as you know it is cactus, you can eat the flowers, fruits and seeds,” he said.

True is relieved that though White Stallion was “hit hard,” like all travel businesses this past year, the ranch never closed. “The drive market was all we had,” he said, adding international guests have yet to return. “The American flag is lonely,” he said at the weekly rodeo.

The Wu family, who live in Tucson, found White Stallion while searching for outdoor-oriented getaways this past year and have been back a half-dozen times with their two boys, who are seven and nine, and make sure to give new, young, and older arrivals the lay of the land. “The food is the best at the breakfast ride,” said Jonathan Wu, 6.

“My kids come alive here,” said Essie Knight. Besides all the outdoor fun, she added, is the chance for her boys to make friends with other kids from around the country. There were families from North Carolina, Montana, Pennsylvania and Ohio the week we visited.

Dude ranches certainly are having a moment this summer with many already full as families continue to seek outdoor-oriented experiences within the United States. “Dude ranches are looking to have the best year to date for some properties,” said Bryce Albright, a spokesman for the national Dude Ranchers Association.

Ranches aren’t inexpensive — in prime season upwards of $400 a night per person, less for kids, though they typically are all-inclusive and offer what families crave — the chance to go somewhere different and share a new experience. (There are some summer specials at White Stallion, starting at $1,668 for a family of four for three nights; $2,503 for five nights.)

You might still be able to find a ranch for your family if you are flexible and book soon, suggests ranch expert Colleen Hodson, who oversees BestDudeRanches.com, which include White Stallion and Flathead Lake Lodge in Montana where we visited last summer. There are also options during shoulder season — July and August at White Stallion, for example or winter when we’ve visited Vista Verde in Colorado for a different kind of snowy escape — and my son’s engagement just before the pandemic shut everything down.

Dude ranches first became popular at the end of the 19th century when wealthy Easterners came West for a month or longer, many for the healthy air, some young women for the handsome cowboys. At one time, there were 137 ranches just in Tucson, now there are two, with perhaps 200 others across the country.

True notes that ranches are “cushier,” than in the past. White Stallion, like others, has a spa, for example, and activities have expanded beyond horseback riding. White Stallion boasts the biggest private rock-climbing operation in the country, he said, with E-Biking also proving popular, as well as shooting with replica guns from the 19th century, watercolor classes, a big pool, and evening activities ranging from cowboy music to sessions on desert critters. Flathead Lake Lodge has had great success with their mountain-biking program. There’s fly fishing, hiking, cooking demonstrations and more.

“There is a lot to do, and I don’t ride at all,” said Denise Gray, here with her family from Philadelphia to celebrate daughter Alexis finishing graduate school at the University of Arizona. “I don’t even like guns, but the shooting was great,” she added.

The three Knight kids, aged 11, 9, 4, were game to try everything, starting with feeding the miniature horses, goats and sheep in the petting zoo and just about every activity offered, including steep mountain rides and flat rides through the Sonoran Desert. “I’m excited about everything,” said Liam Knight, 11.

“Even though we were supposed to be in Europe, we’re not sad to be here,” said Crystal Knight, whose family had come from Montana. She and her husband were trading activities with the older two and watching their youngest, who wasn’t yet old enough for riding ( beyond pony rides.)

While other ranches have organized kids’ programs, White Stallion doesn’t — on purpose.

“Kids can be independent here like they can’t be in their normal lives,” True said. “What works here for families works very, very well.”

As for the Mattsons, they were already talking about another ranch vacation.

(For more Taking the Kids, visit www.takingthekids.com and also follow TakingTheKids on Twitter, Facebook and Instagram where Eileen Ogintz welcomes your questions and comments. The Kid’s Guide to Philadelphia, the 13th in the kid’s guide series, was published in 2020, with The Kid’s Guide to Camping coming in 2021.)

Three yoga poses that will kickstart your morning

Three yoga poses that will kickstart your morning

Protecting your pets from heat

Protecting your pets from heat

Need to get away?

The Kimberly Creek Retreat will eventually have 10 to 12 glamping cabins and geodesic domes appointed with all the comforts of home so guests can stay, unplug and immerse themselves in nature.

Airlines always seem to have one more trick up their sleeves for adding fees to the cost of airfare. Anyone who has flown in the past few years knows that…

Taking the kids: And returning to the (not always friendly) skies

bar in the main lobby of White Stallion Ranch.